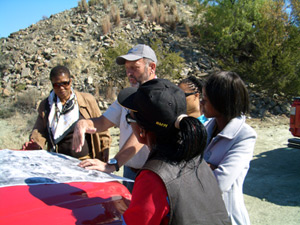 In October 2002, with the support of all mining houses and labor unions concerned, the Broad-Based Socio-Economic Empowerment ("BEE") Charter was introduced by South African Cabinet.

On March 5, 2008, the Company announced a formal joint venture partnership with well-established South African BEE group Nozala Investments (Pty) Ltd. This partnership is currently reflected in the Diamcor South African subsidiary, DMI Minerals South Africa (Pty) Ltd., which was formed to pursue diamond mining projects with near-term production potential within South Africa which fit within the Company's stated focus and strategy. Under the terms of the joint venture, which exceed the stated requirements of the BEE charter in South Africa, Diamcor retained a 70% direct ownership in the DMI Minerals subsidiary, with Nozala acquiring a 30% direct shareholder ownership interest. Operationally, expenses charged to the development of any projects held by the entity, and the profits generated, will be similarly proportional. The Company considers this joint venture to be a significant achievement because not only is Nozala a respected and established BEE group representing the interests of some estimated 500,000 rural women shareholders, but it is also a well-respected corporate entity in the South African business community. Both of these attributes have the potential to enhance the Company's ability to achieve its stated growth objectives of securing additional projects within South Africa in a corporately responsible way.